8 Things You Need To Know About The Swastika

The swastika means different things to different cultures and religion. To the Jews, it is a symbol of hate and annihilation, while to the Buddhists it is a symbol of good fortune. What many people currently know about the swastika is myopic. The ancient symbol has lots of interesting facts surrounding it. Here are eight of them that you need to know.

1. The Swastika Is One Of The Most Enduring Symbols Used By Humanity 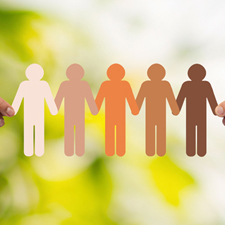 There are different versions of the origin of the swastika. The simple swastika appeared in the Neolithic culture in South Eastern Europe 7,000 years ago, so scholars say. But the oldest known use of the symbol dates back to the end of the last Ice Age. The swastika has been used by the Balkans for at least 8,000 years. Archeological evidence of the Indus-Saraswati civilization shows that the swastika has been in use since 4,000 BCE.

2. The Swastika Resurfaced In The 19th Century In North America And Europe As A Symbol Of Good Luck 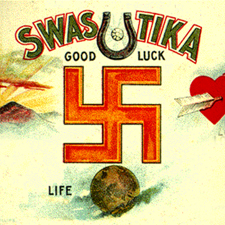 Prior to its adoption by the Nazis, the swastika was seen on Coca-Cola and beer bottles. The badges of Boy Scouts in the United States and other scouting groups across Europe had a swastika on them. Up until the rise of the Nazis, the 45th Infantry of the US Army used the swastika as a sleeve insignia in the 1920s.

3. The Long Positive History Of The Swastika Was Reaffirmed In 2008

There was a second Hindu-Jewish Leadership Summit in 2008. One of the resolutions reached at the summit was the reaffirmation of the swastika as a sacred and auspicious symbol. The participants agreed on the ancient significance of the symbol before it was misappropriated.

4. The Four Limbs Of The Swastika Has Symbolic Meanings In Hinduism 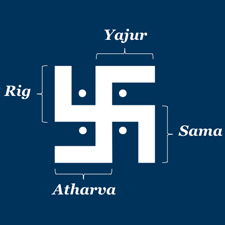 The four limbs of the swastika are seen as the four Vedas -Atharvaa, Rig, Sama and Yajur. These are the core Hindu scriptures. They are often translated as the four goals of life: Dharma (right action), Artha (worldly prosperity), Kama (worldly enjoyment), and Moksha (spiritual liberation). Other interpretations of the limbs are the four seasons, the four yugas and the four directions.

5. Hindus Adorn The Entrance To Their Homes With The Swastika 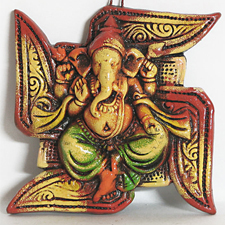 On October 30th, during the Diwali, many Hindu worshippers decorated the front entrance of their homes with a swastika. They either wash off old ones and reapply them or make it a part of their rangoli -a traditional form of art that uses dyed powders, flowers or rice and grains to form a patterned decoration on the ground of courtyards.

6. Different Faiths Originating In India Use The Swastika With Similar Auspicious Meaning 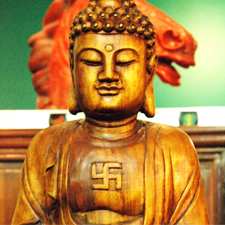 The swastika is not particular to Hinduism alone. It had different significance for different faith traditions in India, although the meanings were somewhat similar. The Buddhists see the swastika as the footprint and heart of Buddha. For the Jains, it is a symbol of the seventh Tirthankara, while the arms signify the four possible places a soul can be reborn in the birth and death circle. 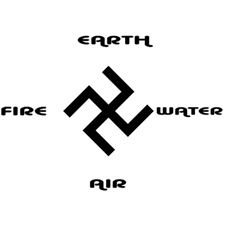 If you look at the swastika from a geometric point of view, it takes the shape of an irregular icosagon -or a polygon with 20 sides.

It has been considered a dynamic solar symbol representing the four natural elements: air, earth, fire and water.

8. The Swastika Was A Symbol Of Decoration 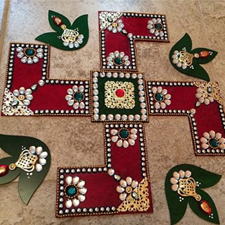 Some of the religions or faith groups now identified with the swastika were not in existence during the early history of the symbol. It has been seen on unearthed clay pots and other artifacts which suggest that they may have been used for decorative purposes.